I’m always on the lookout for new and interesting coffee drinks to try. So when I saw “flat white” on a menu, I knew I had to order it. But then I realized that I had no idea what is a flat white actually!

After doing some research, I found out that a flat white is a coffee drink originating from Australia and New Zealand. It’s made with espresso and steamed milk, which sounded delicious to me. So next time you see “flat white” on a menu, don’t be afraid to try it – you might just like it as much as I did!

What is a Flat White? 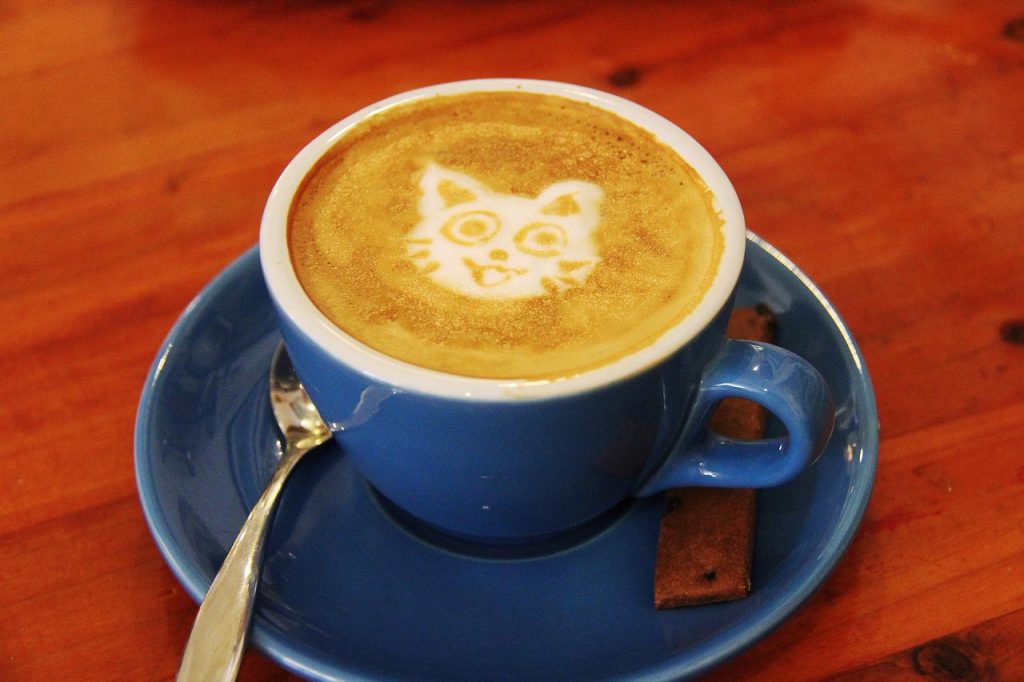 A flat white is a coffee drink that blends together steamed, micro-foamed, and textured (micro-bubbled) whole milk and a double shot of ristretto (or similar), resulting in a smooth and silky beverage.

The milk is poured into the shot of coffee until the liquids are thoroughly mixed. This mixture creates a smooth and silky finish that is essential for a perfect Flat White.

A flat white is made correctly with very tiny air bubbles in the milk. This is created with a steaming wand and by pouring correctly.

To avoid having the milk turn into bubbles, it is important to steam it at an even temperature throughout.

A 160-165 ml glass should be used to serve a flat white, which is significantly smaller than the 250-300 ml of a cortado or 300-350 of a macchiato. This smaller serving allows the espresso to be the star of the show.

Where did the flat white originate?

The origins of the Flat White have been disputed for many years. While Australians have traditionally claimed ownership of the beverage, the Kiwis claim that it was invented within their borders. The Kiwi contingent claims that the first flat whites were created by a barista, Derek, at the Dkf café in 1984.

Australian baristas claim that the term “Flat White” was actually coined by New Zealander, Fraser McInnis, in 1989. He mistakenly referred to an improperly foamed Cappuccino as a “flat white”.

It’s hard to say for certain which country first came up with this style of coffee, but it seems likely that both countries discovered it around the same time.

Why is it called flat white? 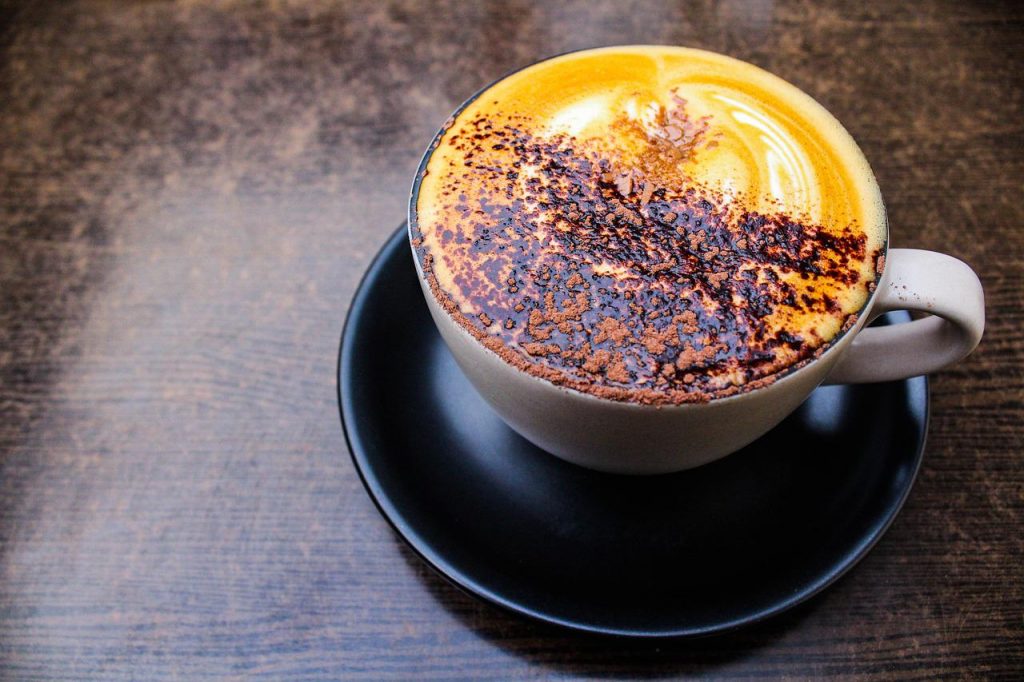 So, the flat-white is the Australian version of a regular short black. It is probably that the name “flat” was derived from the fact that there is no foam.

Australians make a large coffee by pouring in extra water and calling it a Long Black.

A Flat White is smaller, more concentrated, and sweeter than a regular cup of coffee. The velvet-like foam top is a type of micro-froth made of whole milk.

The rich, creamy texture of this specialty coffee is due to the flat microfoam made from full-fat steam milk. This unique foam creates a smooth, velvety surface on top of the espresso shots.

Which Is Better? Flat White vs. Latte

A flat white is typically served in a smaller cup than a latte and contains more espresso. This allows for the coffee flavors to be more fully experienced.

Whereas lattes have a lot of milk which can overwhelm the coffee flavors, flat whites have less milk so you can better taste the coffee.

A Flat White is a more highly concentrated beverage than a Latte, so it will have a much stronger taste. It can also have much more of an effect because of using double the amount of espresso.

A Flat White is a coffee beverage that originated in Australia. It is similar to an Americano, but with more milk. If you’re not into dairy products, a plant-based alternative tends to froth less than regular milk and so works well with a flat white. 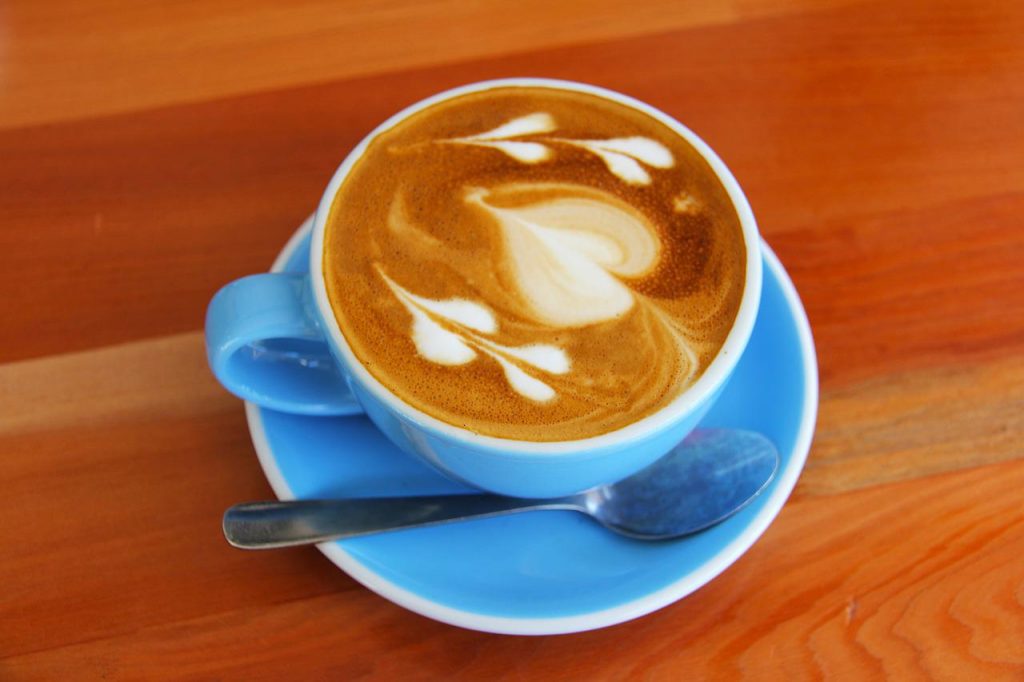 The two coffees have a similar calorie count, but they are named differently.

The reason is how the drink is prepared. A Flat White has its milk and espresso blended together, then steamed and poured.

When steaming the milk and combining it with espresso, a frothy layer is created. This froth stays on top of the drink, with a thin layer of milk underneath it.

A Flat White has more added sugar than a Latte. The most it has is 10g, giving it a 120-calorie count.

To make a Starbucks flat white, the barista pulls two shots of ristretto espresso and steams whole milk. They pour the milk into the espresso, leaving a little bit on top to decorate with a dot of steamed milk.

What is a Flat White – Conclusion

So, what is a flat white? This is a type of coffee made with espresso and steamed milk and originates from Australia and New Zealand. So next time you see “flat white” on coffee shop menus, don’t be afraid to give it a try – you might just like it as much as I did!