What is a cortado you might ask? Well, when I first moved to Spain, I had no idea what a cortado was. My Spanish friends would order them all the time and I often found myself asking: what is a cortado? But it wasn’t until I finally tried one that I understood why they loved them so much. A cortado coffee is made with espresso and milk, giving it a rich flavor that’s perfect for all coffee lovers. So if you’re looking for something unique and delicious, come try a cortado today!

What Is A Cortado Coffee? 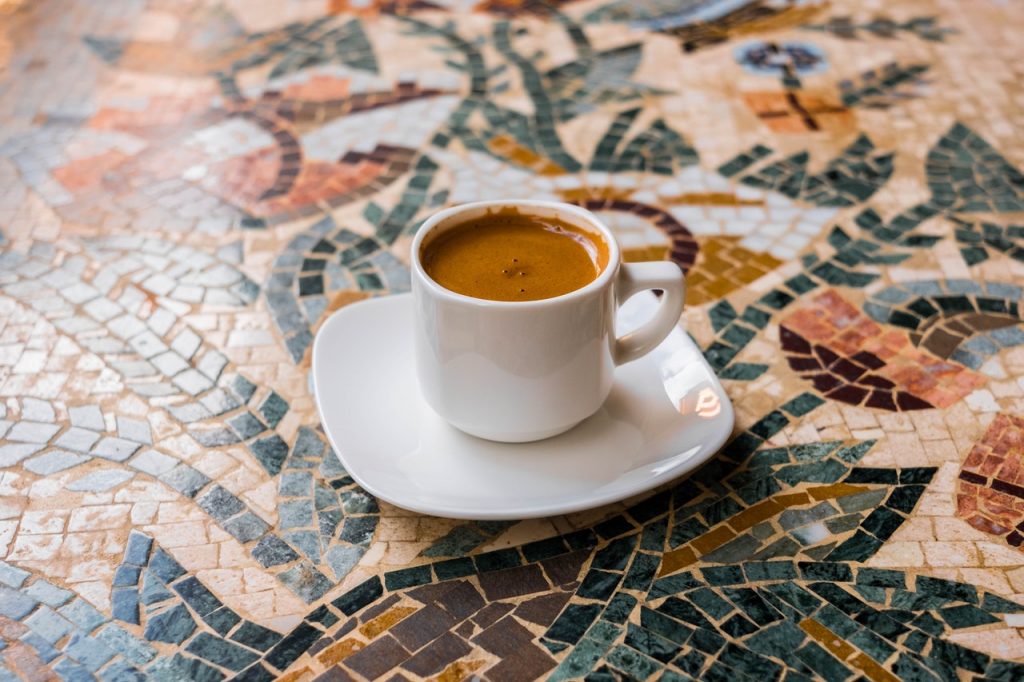 A cortado is a 1:1 ratio of coffee base and foamed or steam milk and is a smaller version of a regular cup of coffee.

The milk in a cortado serves to reduce the acidity of the espresso, while also providing a warm and smooth texture. The milk is steamed but does not contain as much foam or froth as other Italian coffee beverages. This makes the cortado a perfect balance of strong coffee flavor and creamy milk.

People who love coffee have become obsessed with the cortado because it is simple to make and is well known internationally. Because the drink is always made in a smaller size, it is hard to change or customize it.

At most large-chain coffee shops, the cortado is only served in pre-determined cup size. This can be limiting for customers who want to customize their drinks.

The traditional way to serve shots is in small, stemmed shot glasses.

The cortado is a simple coffee drink that is not about flashy presentation or intricate milk foam art. Rather, the focus is on the balance of coffee flavors. This makes it a perfect choice for those who want to enjoy a delicious cup of coffee without any frills.

Cortado coffee is unique in that it is both strong and soft at the same time. It is a coffee with a personality that many people enjoy.

This drink offers the powerful flavor of espresso, combined with the smooth, silky flavor of milk.

Cortado has a unique balance of espresso and milk that gives it its personality. If you compare it to cafe au lait, you’ll notice that the coffee is much weaker.

Espresso is well-known for its strong flavor and the way many people prefer to cut it with milk. Other brewing methods tend to result in coffee that is milder in taste.

The Milk in a Cortado

The steamed milk and the amount of it are very important parts of cortados.

Though the ratios and amounts of milk used vary from region to region and barista to barista, a small amount of milk is always put in.

The milk in cortados gets its caramelized flavor from the heat of the espresso, without the froth and bubbles usually associated with steam milk. A very small layer of milk forms on top of the espresso, and sometimes this layer is not even added to the drink.

The milk in a cortado is important because it is full-on ‘wet’. This means that it is pure, whole milk with no air. This makes the cortado more flavorful and richer than other coffees.

The milk volume in cortado matters because the volume space occupied by the two milks is the same, but the concentration in the steamed milk is much higher.

How to Drink a Cortado 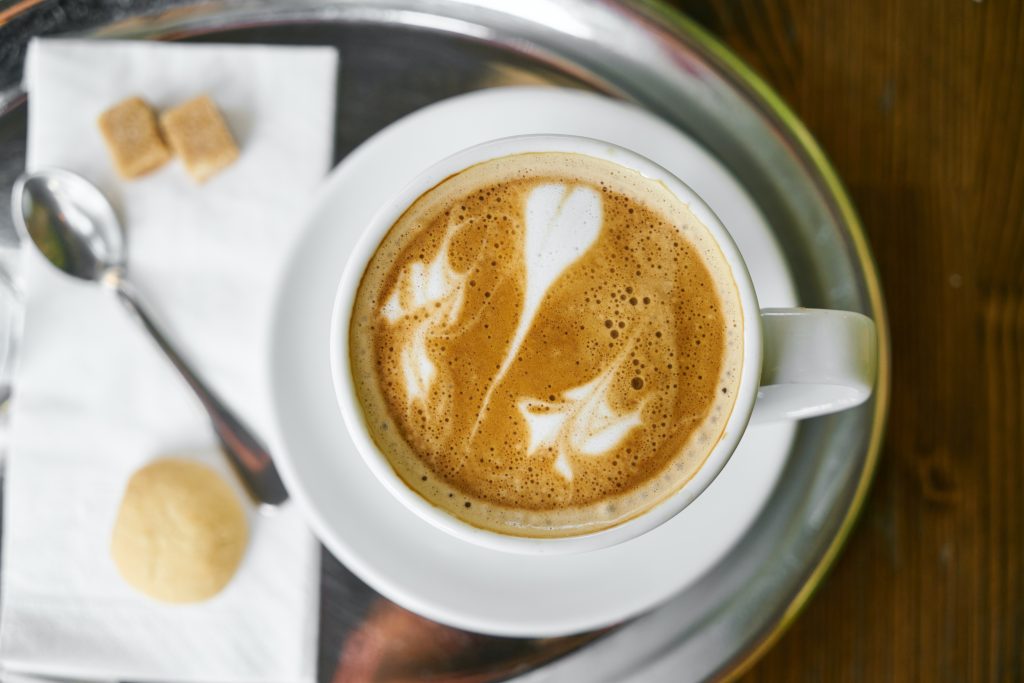 A cortado is meant to be enjoyed slowly and is not meant to be gulped down. It is served in a small 5-7 ounce glass.

How to Brew a Cortado

The most important equipment for making cortados is an espresso machine. This is because cortadas require a shot of espresso, which can only be made with an Espresso Machine.

Now, it’s time to add your favorite type of milk and sweetener to the coffee. Here’s how:

To make the cortado, you’ll need to grind, measure, and tamp your coffee grounds. Next, place the basket containing the coffee into the machine and brew two cups of fresh, strong, black coffee. After brewing, heat your milk and slowly pour it into the mug. The ratio should be 1:1, so for every 1 cup of coffee, you’ll add 1 cup of steamed, whole, or 2% (if you prefer).

If you’re familiar with brewing espresso, making a cortado is a simple yet delicious drink to master. You can serve it in a traditional 5-7oz size or just in a coffee mug.

If you’re looking to change up your cortado, you can substitute milk for another option. This will turn your cortado into a cortado condensada or bombon (which is espresso and condensed milk) or a leche y leche (condensed milk and cream). No matter what variation you choose, just make sure to keep the ratio of espresso to milk the same.

The Cortado – A Taste of Spain 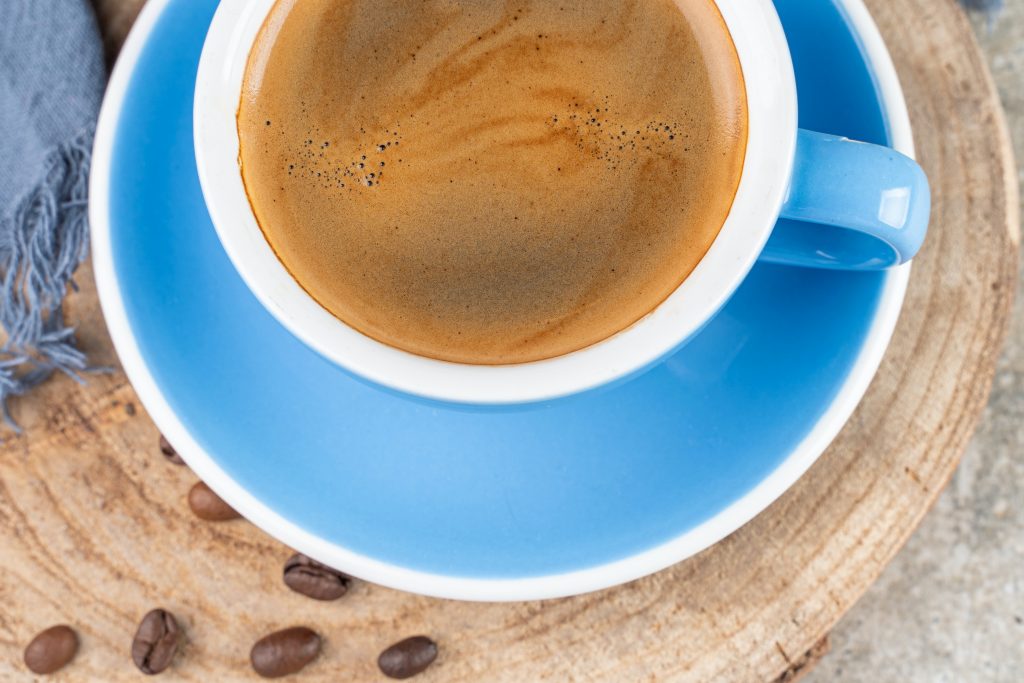 The cortado, a popular espresso drink in Spain, made its way to cafes all over the world. When it got to the US, it changed to include more milk and sugar.

A cortado is a type of beverage that originated in Spain. It is made by mixing a shot of espresso with a small amount of milk. A variation of the cortado is the gibraltor, which was created in 2005 by the San Francisco-based coffee shop, The Blue Bottle.

This caffeinated beverage is a blend of two Espresso shots and 2 oz of Steamed Milk. It is served in a four-and-a-half-ounce Libbey Glass Tumbler.

The cortadito is so popular that it’s become a staple at a lot of third-wave coffee places.

This delicious beverage is made by mixing espresso with steamed milk and adding foam on top. It’s often served as a replacement for a sugary treat or as an afternoon snack.

What is a Cortado at Starbucks

If you’re in the mood for a cortado, Starbucks is the place to go! Just be sure to explain how the drink is made, in case the barista isn’t familiar with it.

To order a cortado at Starbucks, ask for a double shot espresso (or 2 shots) with 2 oz of foamed (or frothed) milk.

Since this isn’t an official Starbucks beverage, it may just be charged as an Espresso Macchiato or a different coffee.

What is a Cortado – Conclusion

Now that you know what is a cortado, why don’t you try this delicious and unique coffee drink? This Spanish specialty is made with espresso and milk, giving it a rich espresso flavor that’s perfect for any coffee lover. So what are you waiting for? Come try a cortado today!