Is Coffee Bad for Kids?

Recently, surveys have shown that caffeine consumption by kids is becoming a growing concern.

Most children consume caffeine daily and the main source is soda. However, this is changing as children are getting more caffeine from other sources such as chocolate and energy drinks.

Caffeine is commonly found in energy drinks and in pill form. These highly concentrated sources have possible negative health effects on children.

Coffee isn’t just for teenagers and college students. In fact, coffee is consumed by people of all ages.

A study of Boston toddlers found that coffee consumption among 1-year-olds was 2.5 percent. Although caffeine is not recommended for young children, this study shows that some toddlers do consume coffee on a regular basis.

As children grow older, their caffeine consumption habits begin to more closely resemble those of adults. However, the new Dietary Guidelines for Americans recommend that kids under the age of two avoid caffeine altogether.

About 15% of 2-year-olds consume 4 ounces of caffeinated beverages a day. This is concerning because not only is their consumption of caffeinated drinks a concern, but so is their likelihood of consuming sugar.

There are many caffeine-containing drinks and foods available today, and kids are consuming them at alarming rates.

How does caffeine affect the body of a child?

Caffeine is a stimulant that can have negative effects on kids, including making them jittery and impacting their sleep.

Many kids carry their go-to coffee drink with them wherever they go. Is this just a habit or does it signify their social status?

How Much Caffeine is Safe for a Child?

The FDA has yet to set a level for children.

It is generally advised by major health organizations that children should not consume caffeine in any form, as it can be harmful to their developing bodies and minds. This includes energy drinks, which often contain high levels of caffeine and other stimulants. It is best to err on the side of caution and avoid giving caffeine to children altogether.

A pediatrician would suggest that it is not safe for a child under the age of 12 years to consume any foods or drinks that contain caffeine.

It is suggested that children over the age of 12 consume no more than 85-100 milligrams of caffeine each day. This would be the equivalent of drinking two 12-ounce cans of soda or one 8-ounce cup of coffee.

Ingesting more than 50 mg per pound of body weight can be toxic for a child and lead to an overdose or caffeine toxicity.

What are The Effects of Caffeine on Children?

The most common sources of caffeine included soda drinks. Coffee drinks came in second. As the consumption of caffeine in children continues to rise, the American Academy of Pediatrics (AAP) has taken action by forming a special task force.

In their 2014 report, it was noted that 73% of American children drink some form of caffeine on a daily basis. The most popular sources of caffeine include soda and coffee beverages.

Caffeine consumption among children has been on the rise in recent years, with coffee being one of the main sources. Energy drinks are also becoming increasingly popular, particularly among teenagers. While some caffeine is not necessarily harmful, it is important to be aware of the potential risks associated with excessive intake.

Many children start drinking tea around the age of two. Tea is a common drink among young children.

The American Academy of Pediatrics has not released any specific guidelines regarding caffeine consumption for children. However, they do recommend that children avoid consuming caffeine altogether. This recommendation was made in response to the increased popularity of energy drinks among teenagers.

High doses of coffee, tea, and energy drinks can lead to both convulsions and heart attacks, which can result in sudden death.

Caffeine consumption can lead to decreased appetite in children, which may result in them skipping meals or snacks. This is especially harmful to growing children who need proper nutrition to develop properly.

Coffee can have negative effects on children, especially toddlers. They have less body mass, and their bodies are not as adept at processing caffeine. This can lead to health problems.

However, it is worth considering the potential risks before giving your child coffee on a regular basis.

How Much Caffeine is Too Much for Children? 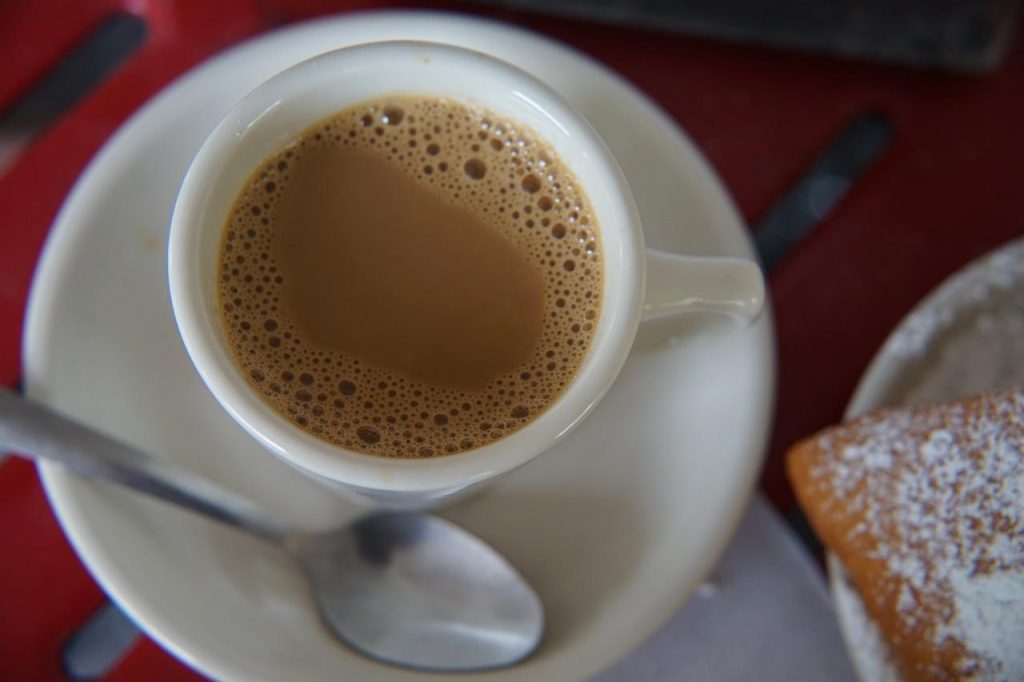 Drinking coffee stimulates your brain and other organs.

We don’t know the long-term effects of caffeine on children since there haven’t been many studies conducted. However, we do know that it can have some short-term adverse effects such as sleep problems, poor diet, increased blood pressure, and increased heart rate.

Caffeine may interfere with sleep by stimulating alertness. Caffeinated beverages and food can contain high levels of caffeine which may make it difficult to fall asleep or stay asleep.

Caffeine can interfere with your sleep patterns, which is especially important for children and teens who still need a lot of rest.

If you’re not getting enough sleep, you may find yourself relying on caffeine to get through the day. But this can create a vicious cycle, as lack of sleep can then affect your alertness levels, leading you to consume even more caffeine.

Your child’s nutrition is important! A diet high in caffeine may reduce how much they are eating overall. Try to limit energy drinks, soda, and coffee.

Caffeinated drinks can often be high in sugar, which can make them a less-than-ideal replacement for other, healthier drinks.

When children consume large amounts of caffeinated beverages, they may not be aware that they are drinking empty calories. This can lead to unhealthy weight gain.

Effects of Caffeine on Teens

All children and teens in the study experienced changes in their blood pressure (increased) and their heart rate (slowed down). It’s normal for kids to have increased blood pressure and a slowed heart rate when they’re experiencing anxiety.

Although the effects were similar for boys and girls in the younger group, they were more pronounced in teenage boys than girls.

Risks and Benefits of Caffeine for Children 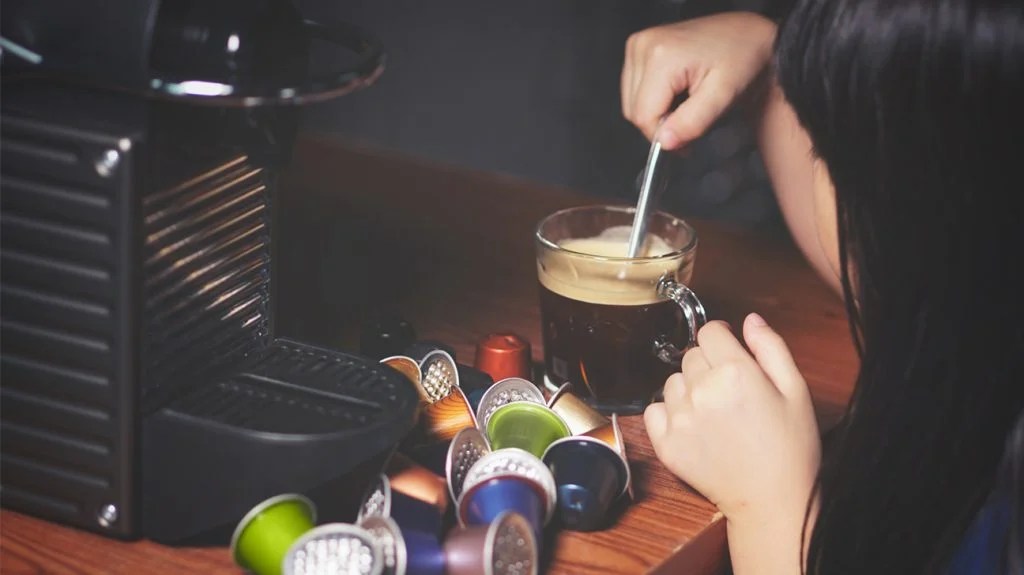 Since the 1990s, the primary source of caffeine for children has shifted from drinking caffeinated sodas to consuming energy drinks, coffee, and coffee-based drinks.

There are no federal regulations on how many caffeinated beverages a child can consume.

According to recommendations by the Canadian Food Inspection Agency, children should consume no more than 2.5 mg of caffeine per kg of body weight.

The weight and age recommendations for children 13–18 years of age are the same. For instance, a 13-year-old who weighs 45 pounds should consume 1,300 calories per day.

A child weighing 3 kg (100 lbs) should consume no more than 113 mg of caffeine per day, which is equivalent to just under 1.5 cups of brewed coffee.

Adolescent males who weigh more than this are able to eat up to the adult male limit of 400 mg of caffeine per day.

Where to check for caffeine

The amounts of caffeinated beverages in an energy drink can vary widely. For example, some brands contain 17mg of caffeine while others have 242mg.

The average cup of coffee has 100mg of caffeine, while 242mg of it is the equivalent of drinking 4 shots of espresso.

Caffeine can also be found in some over-the-counter medications, such as pain relievers and cold remedies.

You might be surprised to find out that caffeine is in a lot of different places. It’s not just in coffee, but also in energy bars, mints, gum, and some drugs. So if you’re trying to avoid caffeine, it’s important to check labels carefully.

Is coffee bad for kids? Based on the evidence, it does not seem that coffee is bad for kids. It is important to moderate caffeine intake and make sure that children are getting enough sleep.